View Article" /> Why You Should Use Twitter For Your Booster Club - Booostr.co

If you are looking for new ways to engage with your booster club followers, you might want to consider Twitter! You probably are  already familiar with witter as one of the major online social networking sites where people communicate in short messages called tweets. Though most people (maybe even you!) use twitter recreationally you can absolutely use twitter as an advertising platform for your booster club.

In addition to tweets continual originality and freshness, Twitter’s largest appeal is its conciseness. Users have the ability to track any number of tweets, locate Twitter users, and read content at a glance. Twitter is instant messaging, blogging, and texting, wrapped into one with the addition of a very broad audience.

Before you create an account on Twitter for your booster club, you should identify if it is the right fit for your audience and club goals. Understanding your audience and booster club goals will help you determine if Twitter for your booster club is really the correct social media platform to use. The best uses of Twitter tend to favor shorter more regular communications than other social media platforms. Twitter’s unique following and retweeting features along with its simplified interface lend itself to this style of communication.  With Twitter, you will also be able to easily find other booster clubs, organizations, or people that want to affiliate with your booster club and “follow” or connect with them. Once you begin to follow other users and gain your own followers, Twitter’s the “retweeting” functionality comes in handy.  Retweeting is where your followers re-post your tweets on their feed  so their audience can view your tweet.  Not only does this spread your message, but it can also help build your twitter followers. If this sounds good, it might be time to give Twitter a test run. 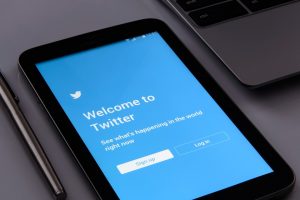 Twitter is completely free to use so the first step is to create a free account for your Booster club.  Start by going to the Twitter home page (www.twitter.com) and select the “Sign Up” option below the sign in screen. Provide the basic information about your booster club and click the “Sign up” button once you’re done. You will then be asked to create a password. Choose your password carefully and don’t make it personal as other booster club members will most likely have to sign into your twitter account. Booostr recommends that each booster club that uses any social media site should have a communications officer or a least a volunteer, whose sole job is to maintain your booster club’s social media pages, Twitter included. Having a single person in charge of your social media will help maintain a consistency with how and where information is posted. The role of a social media officer is explained more in depth here.

Once you’ve joined Twitter with a free account, you or your social media officer should plan on spending some time setting up your booster club’s Twitter profile. Customize away and don’t be afraid to show a little creativity with slogans, profile photos and page header images. You can even begin tweeting by going to the ‘What’s Happening’ box and typing a message 280 characters or less. If your booster club is aligned or affiliated with another organization or individual, you can receive Twitter feeds from that person or organization by simply searching for someone and “following” them.

While the culture of Twitter rotates around micro-blogging and amateur news reporting, there are plenty of booster clubs and people on twitter just like you that are seeking a platform to spread message. Many booster clubs and thousands of people promote themselves  using Twitter and it has proven itself to be useful. Don’t be afraid to push boundaries (within reason) when using Twitter for your booster club and shy away from mundane tweets. Twitter’s largest appeal is that it’s faster, less intrusive, and a more appealing way to interact with your audience and spread your message. The more conversational in tone, responsive to others on Twitter and lighthearted you keep your tweets, the more interaction and potentially faster you will grow your followers. As your Twitter followers increase, your booster club will be able to reach more people and open up opportunities to connect or partner with other booster clubs and organizations. If you want to increase your followers a little faster, you might want to consider running a Follower ad campaign as they are specifically designed to attract new followers. To create a Follower Campaign ad, simply navigate to Twitter ads and choose from the wealth of customization options to target your audience. Twitter also offers other campaigns such as the Website clicks or conversion campaign, which can be used to drive traffic to your booster club’s website via Twitter.

Twitter encourages purposeful, focused, and clever messages through its 280-character size restriction. This restriction can be difficult for some people to write effectively. To keep it simple, your goal with Twitter for your booster club is to be professional and appeal to your audience with interesting tweets. Some easy ways to accomplish this are: celebrating your booster club milestones, try to incorporate using action verbs more than nouns,Tweet  booster related stories and events, and try to reply to @mentions as often as possible in order to network. As you become more comfortable on Twitter, our booster club should also consider starting a short, recognizable, hashtag to amplify engagement with the audience. Finally, always utilize  photos and videos to engage your audience and take advantage of Twitter’s promotion for special content.

Every booster club’s target audience and goals are different with some seeking a larger following, some just connecting with supporters, and others seek an advertising platform. In the end it is up to you to choose what features make sense from Twitter for your booster club which helps you determine how you present your tweets. Once you start down the Twitter path, makes sure you continue  stay active and if you follow the simple advice listed here, you should find that Twitter is a good investment. Visit Booster’s blog to compare Twitter to the other social media options and have fun being creative with your Twitter profile!