View Article" /> Growing a Booster Club in the Offseason - Booostr.co

Booster clubs are a great way for parents, students, and alumni to raise awareness, money, and support within their community for a school program. Clubs are at their busiest during the peak of the season, but how do they remain active after that? Read on for some popular ideas on growing a booster club in the offseason. 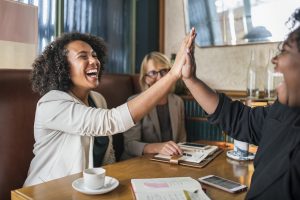 Operating a booster club to promote a student program takes a little effort and a lot of communication. Having clearly defined leadership roles is key in organizing fundraising events and participating in school activities. Focus on the strengths and talents of the club members and how they translate into leadership positions. An active listener could make a good club president, and an avid planner might be a great event coordinator.

As the students age-out of their sport or activity, typically so do the parents of those children. Recruit early from a younger grade level (middle school or junior high for example) so those newer members have time to learn the ropes and grow with the club. This way, members assume responsibilities over time, then pass on the knowledge to the next class of booster club volunteers.

When the sport or activity is in season, parents and club staff address the present needs of those students – uniforms, instruments, or travel arrangements. Fundraisers and extracurricular events promote the booster club and the student activity at hand. Keeping that momentum when football season ends, or after the final choir performance comes to a close, helps set the stage for ongoing booster club support. 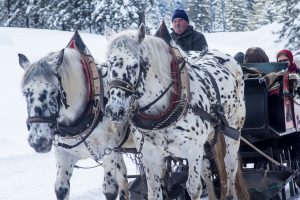 Reason for the Season

Over the course of a year, most booster club support activities will follow a cyclical pattern. Break the year up into a quarterly calendar if that helps, as most sports and activities are only one quarter or one semester of the year. Divide and conquer by planning for pre-season, in season, post-season and out of season endeavors to maintain booster club spirit and value.

Before the first note is played or the opening game begins students practice and hone their skills during pre-season. The same is true for earning booster club support. Host a meet and greet to build excitement for the team. Connect with local media to showcase stand-out talent online, in print, on the radio or on television.

Once the season begins, focus intently on booster club fundraising with activity-led functions. Sell concession items at games, fairs or concerts. Hold a carwash or live event for the community to participate in and have those donation collection stations ready. Even setting up a social media funding page can be done quickly and easily by a few of the tech-savvy booster club volunteers.

The post-season can be one of the most important times of the year for booster club marketing. Though a winning team catches more admiration than a losing one, it’s often easier to keep supporters than it is to create them. Tap into the school’s prideful feeling and network with parents, faculty and their families to celebrate student accomplishments with a banquet or awards program.

Just as many schools are out during summer, so too will a booster club have a period of little to no activity. Growing a booster club in the offseason takes a little creativeness. Seek out the imaginative parent who loves making children’s craft ideas and ask for them help. If the club is short on creative types, don’t fear, there are several simple ways to retain and attain booster club members. 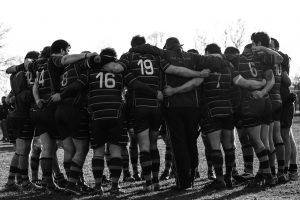 When a sport or activity is out of season, prepare for a successful new year by growing a booster club strategically and organically. Meet with school administration about next years schedule to ensure you have important dates and events noted on the club calendar. Look to expand your group during the summer break by reaching out to parents and community, building excitement for the coming year. And if it’s time for new booster club leadership, review where the club stands on finances, structure and compliance matters.

Plan for volunteer growth with booster club meetings and ask for ideas that support the team/group as well as the club. Things like a fundraiser taco night for students and families, or a free movie night with sales of popcorn and beverage concessions bring people of all ages together and raises awareness for growing a booster club in the offseason.

Focus on club awareness among local residents, but enlarge the scope to include those who are not parents of students in your district. Active seniors have a wealth of knowledge to share and genuinely enjoy engaging with our youth and others in a constructive way. And non-parents can assist with booster club volunteer events and fundraisers, as many were part of a school program themselves during their formative years.

To effectively grow like a pro, earnestly seek various business partnerships to aid in both partial and full-scale student activity promotion. When approached with a coordinated plan, many companies big and small will eagerly lend their business acumen to booster club marketing, fundraising and event hosting. From raising money for new instruments to donating gifts or products for a booster club raffle, businesses are a top resource to explore. Don’t leave any stones unturned though, a single-employee business like a local tailor or hairdresser, can help care for band uniforms or rally the troops to style hair for a cheer competition. 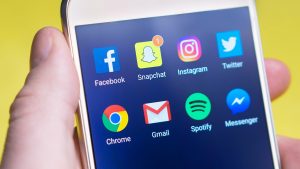 Starting and growing a booster club can be a fun and challenging way to support the students and activities we love. Successful booster clubs focus internally on their leadership roles and responsibilities to ensure their efforts are well managed and effective before, during and after the student program season begins. Growing a booster club in the offseason takes dedication and creativity from leadership and volunteers to raise awareness in a wholesome, inclusive way.

Grow the club by hosting various tournaments, family nights, and extracurricular activities to increase the booster club presence and attract new volunteers. Monthly newsletters or social media page (like Facebook, Instagram or Twitter )updates keep members and community informed all year long. During the slow season, focus on building and increasing volunteer and parent support to boost the spirits of everyone involved.