The really short answer is YES! Drama booster clubs play a key role in ensuring that the needs and requests of school drama departments are taken into account and fulfilled. From building sets to buying and creating costumes, to renting performance spaces and obtaining rights to different shows, the expenses of sustaining a school drama department is substantial. This can make it difficult for departments with limited budgets to manage on their own. To help your Drama Booster Club,  Booostr.co has compiled a few tips below on how you might be able to successfully create and sustain your own drama booster clubs! 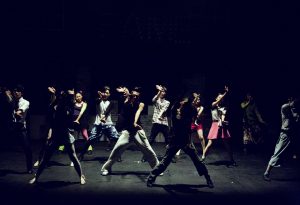 Meet With The Administration About How To Support School Drama Programs

Before all else, decide whether or not there is a true need for a drama booster club. While cutting funding within arts programs has become an unfortunate habit for most school budgets, some schools may have a specific, concrete way of organizing their budget, making drama booster clubs unnecessary for funding drama programs.

Set up a meeting with your school board and administration to establish a thorough understanding of how the budget is organized. This will let your booster club determine where the drama department may be struggling financially. From there, create a plan of attack. Organize a financial plan that will allow your drama booster club to pool funds towards the aspects of the department that require the largest amount of money, such as the costume fund, set supply, or rental space fee.

To create any kind of booster club or nonprofit, there are a number of legal steps you need to follow to ensure your organization is legitimate. Booostr.co has created a number of articles that outline in detail the process of how to set up your booster club. However, below, we’ve compiled a short list of the basic necessities that need to be taken care of before your drama booster club is considered well-founded and authentic. 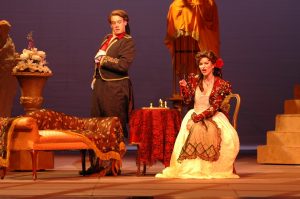 When creating a drama booster club, it’s integral that you find engaging, interactive ways to raise funds that will support the school drama program. While revenue raised through the performances put on by the drama department and students are useful, they’re not enough to successfully sustain an entire department. Events such as cabarets or open mic nights allow students and parents alike to get involved in the theater community, paying for tickets to see individuals showcase their talent outside of scripted, polished performances.

Additionally, drama booster clubs can fundraise during other, widely attended school activities. Setting up a booth at a sporting event, such as a basketball or football game, will widen your booster clubs reach. Involving other parts of the community and prompting them to do their part to fund school drama programs will not only boost school spirit, but it will allow you to discuss and compare fundraising strategies with members of other booster clubs.

Other, smaller forms of fundraising can be done within the department itself. During the run of a performance, creating and selling t-shirts for the cast and crew is a great way to earn money that can go right back into the program. Apparel can also be sold throughout the school year as a consistent form of fundraising if you have a way to sell booster club merchandise online.

Interact With The Drama Department Outside of Fundraising

While the booster club’s primary purpose is to financial support school drama programs, giving emotional encouragement to members of the program is an additional duty of the club that should be taken just as seriously. Students and parents active in the drama department work hard towards their craft, meaning that it is the job of your drama booster club to show support for their endeavors, encouraging the community to participate in events and to come see the performances put on by the department. Furthermore, prompting participation from the student body and administration will help maintain the drama departments drive, making the job of the drama booster club easier as it strives towards raising more funds to create a bigger, better drama program.

Drama departments often require a large amount of support financially. With expenses like royalty and rental space fees, maintaining a successful drama program can be difficult without some kind of outside, independent support. Creating a booster club for your drama department is a fantastic way to support school drama programs. Drama booster clubs give students and parents active in the department a valuable financial and support resource to draw from during, and even outside of, show season.