How a Football Booster Club Supports the Football Program

How a Football Booster Club Supports the Football Program

Across the country, school districts have begun to restrict the number of funds directed to sports programs. In particular, football teams without a football booster club are most at risk because of the high cost of equipment. When program directors have to tighten the budget, they avoid costly items like lineman sleds and new helmets.

Many football teams fall behind their rivals because of inadequate funding and outdated equipment for training camp and practice. Without the right tools to succeed, any football program in America would suffer. To counter these various headwinds, teams have worked to establish a football booster club and see it as a great success to counter shrinking budgets from school districts.

Funding from the school or district can ebb and flow. However, when parents and supporters have a football booster club in support, those programs for their children are better equipped in the long run to help the kids grow and succeed. Booster clubs fill the gap between what a great team needs and what traditional funding can provide.

As a direct result, the positive effects of booster clubs reverberate throughout the entire community, sustaining and building healthy programs for kids. 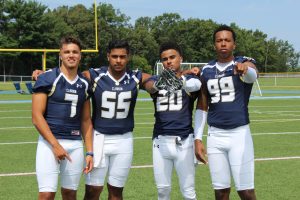 Booster Clubs are created by parents and supporters to provide funds and coordinate events for activites like your school football team. When run well, these programs help to purchase and coordinate new equipment, pre-game meals, transportation, and general seasonal equipment.

Football Booster Clubs are an Investment in the Team

Luckily, athletic booster clubs coordinate social events and volunteer opportunities for the players and coaches. Events like these help form bonds of friendship and trust between the players, valuable relationships that extend far past football.

Football teams are a great way for people to develop those lasting bonds, and booster clubs help teams focus on winning. 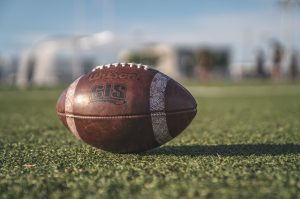 It’s no question many schools have been cutting the budgets of high school football teams and athletics and activities in general. Some school boards have gone as far as to cut transportation for school athletics, forcing the football team to foot the bill. Even more, many programs come from economically disadvantaged communities that are struggling without the cuts. Often, they don’t have the option of parents coming to every game to drive them home.

So, to make ends meet, many athletic directors put off buying newer and safer equipment. Lack of funding from schools often results in coaches and players taking time to plan and implement these fundraisers, detracting from the time they can spend training and practicing. These factors collide to dull the competitive edge any football team needs to succeed.

Athletic booster clubs can solve this issue by creating a structured, multifaceted effort for the single purpose of supporting the team. Coaches can need many expensive items for which the school can’t pay. Situations like these are where football team booster clubs come in handy. With the presence of a booster club, coaches can focus on creating an unbreakable, winning culture. 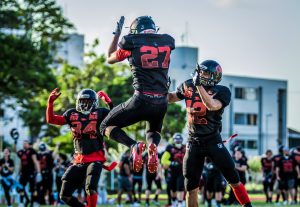 Another result of athletic defunding is it’s harder to access new uniforms and team necessities like projectors, whiteboards, cones, agility ladders, and more.

To compete with rival programs, teams need as much of a headstart as possible. New uniforms generate excitement to wear them on the field, and new helmets, film study materials, and practice equipment also capitalize on this effect.

When athletic directors scan the budget, they might put off buying a new lineman sled. That’s where booster programs can be a boon to football teams ready to reach the next level. 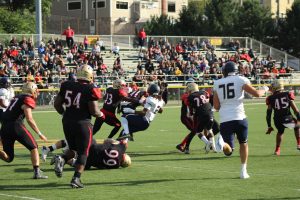 Without parental support, booster programs don’t have much power to provide a competitive edge for their athletic programs. And when the collective involvement of these parents and benefactors is absent, administrative duties like holding meetings and raising funds aren’t productive.

Many parents don’t get involved in athletic booster clubs because their current programs provide to every sports team in the school. However, an athletic booster club can foster victory alongside the support of dedicated parents. And football parents are willing to get more involved when a booster program exists solely for the football team.

Some football teams in the south, like Texas and Alabama, annually raise hundreds of thousands of dollars for their football team through their booster programs. While most teams won’t aim for this high of funding, it goes to show the power of a well-organized effort. 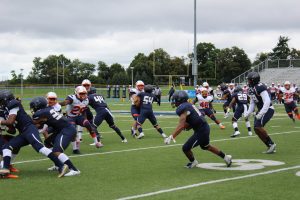 Parents want to feel more involved than just watching their sons play every Friday night. Sports program booster clubs allow them a platform to voice their concerns and ideas.

High school booster clubs create a framework through which parents and supporters can organize social and service events with the players and coaches. Many football teams have days of service, partnering with local organizations to benefit their communities. These programs can also handle events like award ceremonies and social events to build genuine connections.

Members of football team boosters also contribute by devoting volunteer support. Without a booster club, these efforts would be major distractions for players and coaches to organize. Football team boosters solve this issue by organizing fundraising efforts like bake sales and raffle tickets.

Booster clubs are small non-profit organizations that require dedicated board members and supporters. As a result, everyone connected to the program feels a sincere devotion to the coaches, players, and outcomes. As the sports booster club’s efforts help the team grow and find success, those commitments and lines of communication strengthen.

By holding regular board meetings and promoting communication between the school, coaches, and parents, a booster club for football teams can improve communication for the entire program. By providing a platform for parents and supporters, coaches and their athletic directors can integrate the information to provide a positive experience for as many as possible.

Simultaneously, the best booster programs leave training and game planning to the coaches and players. 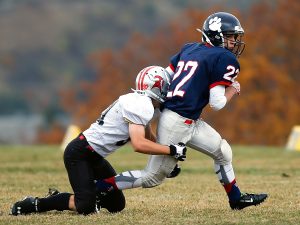 People love helping a good cause and feel the positive impacts of a booster program in their communities. By taking advantage of your local newspapers, radio stations, and news stations, your booster program can raise awareness about your football team in the local community. As the football team improves because of the booster club’s efforts, even more of the public will want to contribute to and support their local football team.

Football teams across the nation are struggling to make ends meet. They strive to buy new equipment, uniforms, and items like film-study projectors and cones, but can’t because of budget cuts. Schools are repeatedly forcing teams to provide their transportation, pre-game meals, and refreshments. Taking advantage of a football booster club, when well organized, can take care of these issues and leave the coaches and players to worry about winning.