As a booster program develops over the years, the workload that accompanies this success becomes overwhelming to a pared-down booster club management team. In response, executive positions in the organization often feel they need to create and fill a booster club vice president leadership role.

The functions of a booster club, like fundraising events, are fundamental to sustaining a team. However, everything from organizing fundraisers to team social events take up valuable time. And a booster club leadership team is filled with volunteers, meaning there needs to be a healthy balance of responsibilities.

The last thing your club needs is for everyone to burn out under the workload. Without the right framework written into your bylaws, the work piles up quickly and overwhelms everyone. When you bring on a vice president, it helps boost morale since leaders––particularly the president––won’t burn out under stress.

If this sounds like the current dynamics in your organization, it’s time to hold a meeting about hiring a vice president. Booster club vice presidents sit in on all the meetings, advocate for the president when they’re absent, and handle much of the day to day administration.

In this article, we dive deep into a booster club vice president’s role, explaining the different forms and functions the position can take. 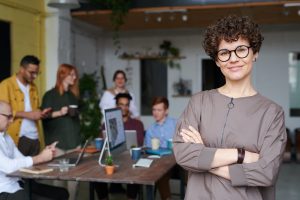 Not all booster clubs need a vice president leadership role because the club’s size corresponds to the team they’re supporting in most cases. For example, if a booster club supports just one smaller soccer team, there’s less administrative overhead than a club supporting an entire school’s athletic program.

With schools in larger districts, a volunteer-run booster club requires a wider dispersal of power. Otherwise, a booster club’s essential aspects like planning for events and managing finances are rushed and less effective.

If you search “Booster Club Vice President Leadership Role Explained,” you’ll see a common phrase in all the search hits: “floater.” With only the bare essentials remaining, this is the best summary of the requirements a booster club vice president leadership role holds. Whenever the president isn’t available, the vice president’s job is to fill that gap and keep everyone moving forward.

During any given week, a booster club vice president might work with the treasurer, assist with marketing, and plan a fundraiser. This second leadership role allows the booster club to function more efficiently because the burden of running the organization falls on more shoulders.

When a booster club needs to support a large district, these become necessary policies—especially with recent local and state government cuts in funding for these programs. 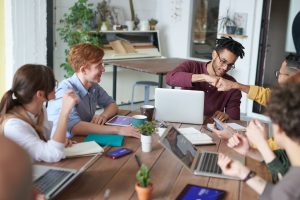 These become necessary policies when a booster club needs to support a large district when the past cuts in local and state government funding for sports programs dwindles. When it comes to the different officers in a booster club, the Vice President needs to keep up-to-date and familiar with their weekly tasks and projects.

Like a third arm of the president, the vice’s role is to provide recommendations and advice. Smaller tasks like these can add to the already overbearing work of a President. Instead of waiting 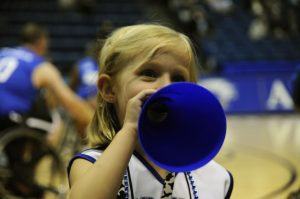 Another role of the Vice President is always to be a cheer leader for the booster club. This function means talking with anyone you can about possibly becoming a patron of the organization.

Promoting the booster club also means sending out emails to parents and supporters about all the booster club’s accomplishments, such as raising enough money to purchase new helmets for the football team. When people can see the tangible results of investing in a booster club, you build a loyal base of support that’s felt for years down the road. 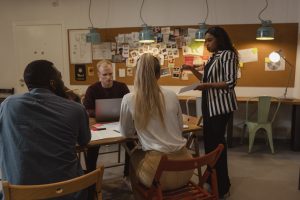 Overseeing Committees and Reporting Back to the President

The point of this article is to give your organization ideas when you’re deciding what you need from a vice president. For example, a vice president can also accept the role of organizing various committees. With these kinds of policies, some booster clubs have each committee report directly to the Vice President, who then keeps the booster club president informed at weekly meetings.

The point we’re trying to make here is there’s no one-size-fits-all blueprint to organizing a booster club. Most people would be hard-pressed to find identical administrations, and that’s a good thing. Every team, marching band, and athletic department have vastly different needs in funding, equipment, facilities, and more.

And of course, carefully framing the function of a booster club vice president leadership role is critical to find this success.

Despite the fact that the organizational structures of booster clubs vary case by case, one aspect shouldn’t and that’s transparency.

Avoiding a situations like an embezzlement or just mismanagement begins with the design of a booster club management. Creating a system of checks and balances within your booster club ensuring they make all financial decisions public to the school, parents, and other patrons.

This relates to the booster club vice president leadership role because this position still needs to answer to the president and the organization at large. By taking these measures, you’ll ensure all the hard work accomplished by the booster club goes to help out the kids you’re supporting.

The Booostr Newsletter is the best FREE way to keep up on our weekly articles, access new reports and learn strategies to help your booster club!